Thank you for Subscribing to Healthcare Business Review Weekly Brief

Leadership Development and The Future of...

The use of telemetry cardiac monitoring...

Leadership Development and The Future of...

The use of telemetry cardiac monitoring... 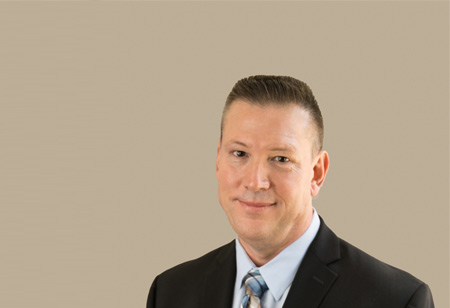 Once the underlying reason for mechanical ventilation has sufficiently resolved, patients are provided a spontaneous breathing trial (SBT) with no or a low level of positive pressure support. If patients can maintain stable vital signs without developing distress for 30 to 120 minutes, theyare usually considered ready for extubation failure. Unfortunately, ten to twenty percent of these patients fail extubation requiring reintubation and mechanical ventilation. In addition, mortality rates in reintubated patientshave been reported at 26 to 50 percent compared to 3-12 percent in patients that remain extubated.

Multiple indices and predictors have been studied to identify patients at risk of extubation failure so interventions can be provided after extubation to prevent reintubation. Some of these potential risk factors include patients older than 65 years of age, diagnosed with a chronic cardiorespiratory disease or pneumonia, rapid shallow breathing index  (frequency/tidal volume) of 105, higher APACHE II scores, positive fluid balance, arterial oxygen to inspired oxygen ratio (P/F ratio) of less than 200, Glasgow coma scale score less than 8, copious secretions, absent or weak cough, peak expiratory flow less than 60 L/min, hemoglobin less than 10 g/dl, increased B-type natriuretic peptide during the SBT and prolonged weaning. The number or combination of these factors to predict extubation failure is unknown. Post extubation monitoring of these patients to detect signs of respiratory distress can allow for the application of therapies to prevent extubation failure. The issue is that the medical staff has to observe these patients closely, which can be difficult when caring for multiple patients.

To identify patients at risk of respiratory failure and allocate therapy based on clinical findings, the Respiratory Assessment and Allocation of Therapy (RAAT) tool was created. The first or second RAAT score of 10 or greater predicted the need for PPV ventilation with a sensitivity and specificity of approximately 0.80. More importantly, once therapy was allocated and RAAT scores decreased, PPV was not needed.A drawback to this system is that every patient admitted to the unit or extubated needs to be scored on admission and 12 hours later, which can be time-consuming. Another drawback is if a patient’s status changes due to the accumulation of secretions or periodic sedation, they would need to be scored again to recognize a clinical change.

To solve these issues, we collected data to identify predictors of extubation failure with the hope of automating an alert to help clinicians identify patients at risk. We found that APACHE II scores greater than 12 on extubation day, the presence of 3 or more of the high factors stated above, and an integrated pulmonary index (IPI) decreasing by 1 from baseline within one hour of extubation were predictive of extubation failure. IPI is a commercially available fuzzy logic monitoring software that uses end-tidal carbon dioxide, respiratory rate, heart rate, and oxygen saturation to provide a score of 1 to 10. While it has been reported that an IPI of 4 or less requires immediate intervention, we found that a decreasing change in IPI compared to baseline is a better predictor of extubation failure. Knowing this and IPI being automatically recorded into the electronic medical record, an alert was created to send a page to a respiratory therapist when IPI decreased by one.

To test if this automated continuous monitoring to initiate the RAAT was as effective as the respiratory therapists scoring the RAAT tool on admission and 12-hour later, a randomized controlled trial was conducted.The groups had no significant differences in reintubation rate, length of stay, or intensive care costs. However, respiratory therapists’ time spent with the patient was significantly less in the automated continuous monitoring group. Since the actual difference in reintubation rate between the groups was less than used to estimate the sample size, a larger randomized trial is needed to detect a significant difference.

For IPI to work, patients must tolerate wearing a nasal cannula that has a scope in front of their lip. Post extubated patients with some sedation tolerate it while other intensive care patients or patients on the ward may not.We are currently assessing other predictors of extubation or respiratory failure that can be automated to send alerts to respiratory therapists. Once identified, randomized control trials will be needed to determine their efficacy in the clinical setting.

Leadership Development and The Future of Long-term Care

The use of telemetry cardiac monitoring during peak COVID times

However, if you would like to share the information in this article, you may use the link below: